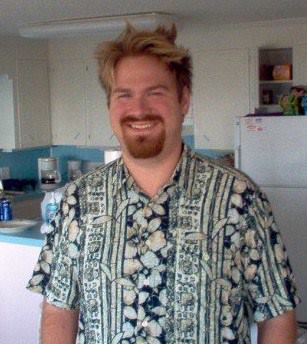 This week’s topic is drawn from the Lectionary, the common scripture readings read by churches all over the world. Specifically we’ll cover John 8:31-49 in a sermon preached by none other than my dad.

Dad talked about a common sentiment expressed by people who have left the church (and frankly some of those who are still in it), “I like Jesus, but I don’t like this whole religion thing.” But what do we think about when we think of Jesus. We think of him as being a good teacher, maybe performing some miracles, laying down some wisdom. A good guy, even he non-religious of us in the crowd can generally agree on that point.

But this passage does something else. We’ve all heard the phrase “the truth shall set you free”. Well in this particular passage Jesus is talking about people who believe in him, people who become his disciples. But the people in the room didn’t take to kindly to this. They said they weren’t slaves (because being set free implies some kind of slavery). After a little back and forth involving questioning Jesus’ parentage, throwing around some racial slurs, and threatening to stone him, Jesus slips away, this last bit after he identified himself as “I AM”.

No, he’s not Popeye. He’s God, like in the way that God used to talk about himself to moses. And the guys in the room knew this.

Claiming you’re God leaves only a few possibilities. You are either:

So Jesus is doing several things here. He’s calling himself God, which kinda implies more than he was just a good teacher. And he’s implying we’re slaves to something.

In the word’s of the church lady:

Or rather that since Abraham is not their father (because if he was the Jews would be acting a lot more welcoming to Jesus) and their father certainly isn’t God, since they’re trying to destroy Jesus, that really only leaves one possibility. We are slaves to sin, and not just the big obvious sexy kinds.

Sin can be anything in our life that becomes more important than discipleship of Jesus. This can be our job, our politics, our spouse, anything, not just the known vices.

Jesus is making us face the fact we’re not perfect, that we screw up a lot and fall short of promise. Even though we know this about ourselves, we don’t like to face it. We’re all pretty good people, what’s the big deal.

The think is we’re not. We lust after people. We get jealous. Someone annoys us in traffic and we picture that our cruise control buttons actually fire cruise missiles out of our headlines, destroying every car in front of us. (Hmm… Been watching too many Bond movies lately).

I ignore the sin in my life by keeping busy. I have a lot of projects going, two blogs, a novel, work and just recently doing OS upgrades at home and at the Church. I’m really good at filling my time. If it’s not with working it’s with playing, watching TV, computer games. When I get to the end of the day and I’m tired I think, well maybe I deserve a little sinning. I’ve had such a productive day, I deserve a treat. That’s totally how it works right? Or I’ve had a really crappy day, maybe some sinning will cheer me up.

I don’t actually say sinning, I say eating too much or playing a video game until both my legs go numb or… that thing 98% of men do.

Now I’m not saying God doesn’t want us to have fun. One of the more interesting parts of The Screwtape Letters is the passage where he devil talks about how he can twist pleasures into sins. The devil can’t create any real pleasures, but he can nudge people into pursuing them into excess or becoming obsessed with them. We become slaves to sin when it’s all we think about, when it’s how we get through the day, when it’s something we can rely on to always make us feel better that isn’t God.

And Jesus is making us think about these things in this passage and we’d rather not. Even as I’m writing this I’m thinking I’m coming off like an adhedonic prude.

But the truth is we can get better, with God’s help, especially when we admit that we can’t fix everything on our own. That can be a hard thing for a man, and engineer, and just about anybody to say, but it’s a necessary part of the Christian life. We can enjoy the pleasures of life without becoming slaves to them. And we can receive Jesus like he’s what we’ve been waiting for since Abraham, and not someone we need to discredit.

“(As in all the churches of the saints, women should be silent in the churches. For they are not permitted to speak, but should be subordinate, as the law also says.  If there is anything they desire to know, let them ask their husbands at home. For it is shameful for a woman to speak in church.  Or did the word of God originate with you? Or are you the only ones it has reached?)”  (1 Cor. 14:33b-36, NIV)

As an ordained woman who preaches in our congregation, I thought I should reflect on these verses.  They’re a weird side comment in Paul’s argument about how prophets should behave in the worship service.  The most recent NIV translation indicates that by putting parentheses around them.  It’s also weird that Paul should base his counsel on the law (“as the law also says”), since he argues forcefully elsewhere (in Romans and Galatians) that Christians are not under the law.

This weirdness has led some scholars to decide that these verses weren’t written by Paul.  Somebody who was copying the manuscript of 1 Corinthians made this comment in the margin, and a later copyist, thinking it was a bit of Paul the earlier copyist had crammed in the margin, copied it into the text.  I like this explanation.  The only problem is that these verses appear in all the manuscripts of 1 Corinthians we have.  So, as Rich said in his sermon, we can’t just cut it out of the Bible and ignore it.

So instead, I’ll point out a couple of things in the passage.  One is that Paul is basing his argument primarily on what’s customary in his churches.  That’s clear from how he starts out (“As in all the churches of the saints”) and how he ends (with pointed questions showing that the Corinthians, by themselves, don’t get to make the rules).  My second point from the passage is that Paul says it’s disgraceful for a woman to speak in church.  Disgrace (shame) is not the same thing as sin.  Sin is something that goes against God’s will.  Disgrace is something that lowers your reputation in the eyes of others.  Nowhere in the New Testament is the speaking or leadership of women called sinful.

I’m not saying this so that we can disregard these verses.  I’m saying it for two reasons:

So back to Paul’s intention.  I talked about a few things in the text; now I’ll mention a couple of things in the context.  Paul has been telling the Corinthians to get their worship service in order.  If women are “babbling” or calling out questions to their husbands during worship, it isn’t likely to add to the experience for other people.  We’ve seen before in 1 Corinthians that Paul is urging them to give up some of their freedom in Christ for the sake of building up others; this is another example.  Christians should use all their gifts, including their freedom, for edification, and be guided by love.

Also, Paul has been pretty definite that the Corinthians should act in ways that will honor the gospel instead of dishonoring it.  His discussion of head coverings in chapter 11 was framed in terms of honor and shame, too.  By the way, in that chapter he says that women should cover their heads when they pray and prophesy in worship—another clue that he may have something more specific in mind in chapter 14 than forbidding all women to say anything in worship, or forbidding women to prophesy.

So I’d say that the take-away from these verses is that we should act in worship in ways that would advance the gospel rather than hinder it.  We should respect cultural norms, even in worship, for this reason.  We should be willing to give up some of our freedoms if it will build up someone else.  We shouldn’t do things that will bring shame to the gospel in our context.  On the last point, I have often wondered how many modern American women will not be in the kingdom because they find more respect in secular culture than they do in the church.

I’m very grateful to be part of a congregation that welcomes my gifts and affirms me in my calling.  I was taught the restrictive view of women’s roles in college, and it took the encouragement of a number of men, including the man who became my husband, to convince me to use more of my gifts for the Lord.  I didn’t have any female mentors, because there weren’t any female leaders in my context at that time.  I’m delighted that our congregation has a number of gifted women leading in different areas, from more “traditional” areas to more “nontraditional” ones.  I’m also grateful to the men in our congregation, who affirm women as partners with them in leadership.  I’m not saying that all women have to be leaders.  I just wish that all women could be allowed to follow God’s call on their lives, whatever it might be.

For the younger members of our congregation, this may be a non-issue.  I hope it is!  Unfortunately, that isn’t the case in a lot of churches.  What has been your experience?